On the night of July 13, 1855, in Perry, New York, two boys and a few men were fishing from a boat on Silver Lake.  After several hours of fishing, the men grew tired and wanted to head in for the day. Besides, it was getting late and the sun was going to set. As they began to row the boat in, each passenger watched as a nearby floating log began to move, dipping in and out of the water. Then without notice, the beast leaped from the water, showing itself in all its glory before splashing back into the murky water and disappearing. The men and boys who were struck with awe rushed back to shore and alerted the local authorities. They had witnessed a massive, scaly, dinosaur like creature. The legend of the Silver Lake Sea Serpent was born.

The legend of the Silver Lake Sea Serpent began when a letter was published in the "Los Angeles Express" newspaper on May 20, 1883. The letter was signed by someone using the pseudonym “Lancaster” and detailed an account of a sighting he had while fishing near Santa Monica Bay: “We were not more than 100 yards from shore and we could plainly see for several hundred feet out to sea. Suddenly we saw what we took to be a big log floating on top of the water, but as it drew nearer we saw that it was something alive."

The story goes that there were five witnesses 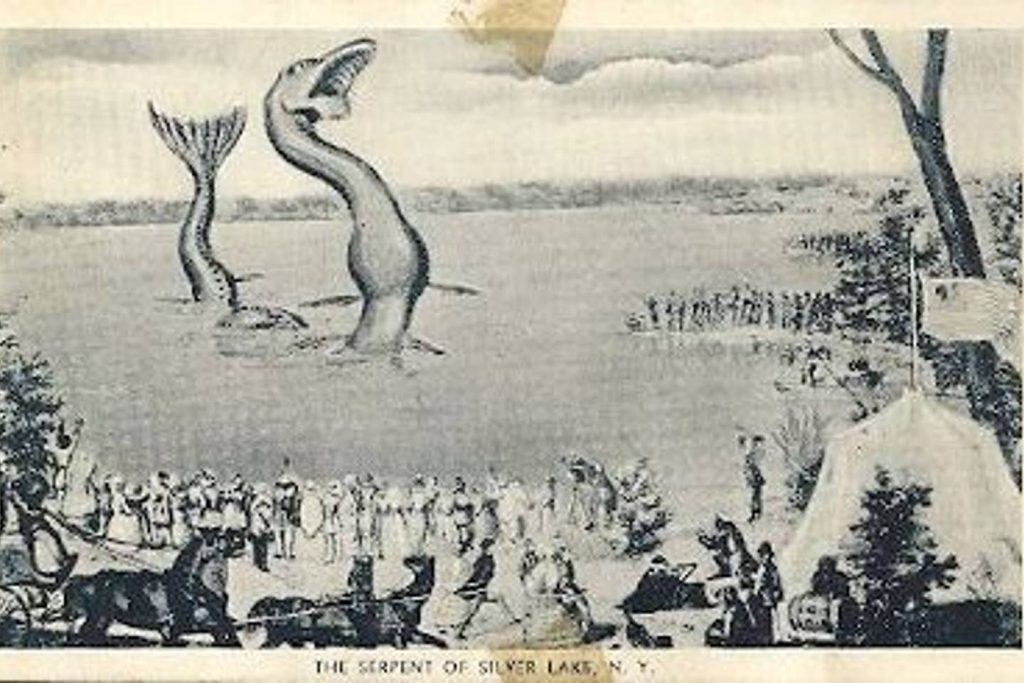 It didn’t take long for word to spread, and people came from far and wide to get a chance to search for the monster. Several expeditions were launched, including a whale-man with a harpoon, a crazed society of men armed with guns, and even companies who spent thousands on employees bent on capturing the creature. Sadly, nothing was ever found until… In 1857, a fire broke out at Artemus B. Walker’s hotel on the lake. Within the burned wreckage of the hotel was found a serpent like wire frame and some green mesh.  Mr. Walker confessed that he had created the monster to attract popularity to the town and its hotels. To this day, the locals of Silver Lake and Perry celebrate the story with boat parades and festivals.